Cannabis Oil Was Used To Treat Epilepsy 173 Years Ago

Epilepsy drugs don’t work well, or at all, for about one-third of people with the condition. Unfortunately, these hard-to-treat epilepsies are associated with an increased risk of premature death.

Anecdotal evidence suggests that cannabis oil may help some of these people control their seizures and potentially save their lives. A small number of studies have shown that adding cannabis oil to existing medication may be effective in devastating, hard-to-treat epilepsy in children and adolescents.

But cannabis oil as a treatment in paediatric epilepsy is not a new discovery, it is merely a rediscovery. 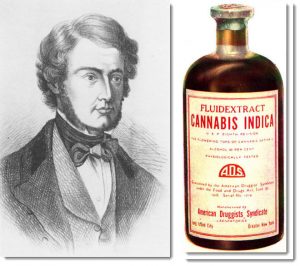 In 1840, Victorian Doctors were treating people with extracts of cannabis for many illnesses, including tinctures for treating children with epilepsy.

One of my favourite pioneers was Dr William Brooke O’Shaughnessy MD, an irish physician, surgeon, Professor of chemistry, scientist and innovator, he was a pioneer of ‘intravenous therapy’ and he is the man credited with introducing cannabis to Western medicine.

O’Shaughnessy graduated in 1829 with a Medical Doctorate from the University of Edinburgh. In 1831, at the young age of 22, he investigated cholera and his early work led to the development of intravenous fluid and electrolyte-replacement therapy.

In 1833, O’Shaughnessy moved to Calcutta, India to work for the British East India Company and during his time there he developed new cannabinoid extraction techniques which he used is preparations to treat patients suffering from, cholera, tetanus, analgesia, rheumatism and epilepsy in infants.

In India, he initially studied botanical pharmacology and chemistry, publishing his first paper on medical cannabis in 1839.

In his paper “On the preparations of the Indian hemp, or Gunjah” published in the Provincial Medical Journal, London on February 4th, 1843, O’Shaughnessey relates the case of a baby just over a month old who he administered an ethanol (alcohol) cannabis based tincture.

Please remember this was written 173 years ago.

“A very interesting case of this disease has recently occurred in my private practice, the particulars of which I have the permission of the family to insert in this paper. A female infant, forty days old, the child of Mr. and Mrs. J. L., of Calcutta, on the 10th of September had a slight attack of convulsions, which recurred chiefly at night for about a fortnight, and for which the usual purgatives-warm baths and a few doses of calomel and chalk-were given without effect. On that day the attacks were almost unceasing, and amounted to regular tetanic paroxysms. The child had, moreover, completely lost appetite and was emaciating rapidly”

“I had by this time exhausted all the usual methods of treatment, and the child was apparently in a binking state. Under these circumstances I stated to the parents the results of the experiments I had made with the hemp, and my conviction that it would relieve their infant if relief could possibly be obtained. They gladly consented to the trial, and a single drop of the spirituous tincture, equal to the one-twentieth part of a grain in weight, was placed on the child’s tongue at 10pm.”

“No immediate effect was perceptible, and in an hour and a half two drops more were given. The infant fell asleep in a few minutes, and slept soundly till 4pm, when she awoke, screamed for food, took the breast freely, and fell asleep again. At 9am, 1st of October, I found the child fast asleep, but easily roused; the pulse, countenance, and skin perfectly natural. In this drowsy state she continued for four days totally free from convulsive symptoms in any form.

“During this time the bowels were frequently spontaneously relieved, and the appetite returned to the natural degree. October 4th, At 1am, convulsions returned and continued at intervals during the day; 5 drop doses of the tincture were given hourly. Up to midnight there were 30 fits, and 44 drops of the tincture of hemp were ineffectually given.”

“Paroxysms continued during the night. At 11am, it was found that the tincture in use during the preceding days had been kept by the servant in a small bottle with a paper stopper, the spirit had evaporated and the whole of the resin had settled on the sides of the phial. The infant had in fact been taking drops of mere water during the preceding day.”
Always shake cannabis preparations before use and store in the fridge.
“A new preparation was given in 3 drop doses during the 5th and 6th, and increased to 8 drops with the effect of diminishing the violence, though not of preventing the return of the paroxysm. On the 7th I met Dr. Nicholson in consultation, and despairing of a cure from the hemp, it was agreed to intermit its use, to apply a mustard poultice to the epigastrium, and to give a dose of castor oil and turpentine.”

“The child, however, rapidly became worse, and at 2pm, a tetanic spasm set in, which lasted without intermission till 6.30pm. A cold bath was tried without solution of the spasm; the hemp was, therefore, again resorted to, and a dose of 30 drops, equal to one and a-half grains of the resin, given at once.”

“Immediately after this dose was given the limbs relaxed, the little patient fell fast asleep, and so continued for 13 hours. While asleep, she was evidently under the peculiar influence of the drug. On the 8th October, at 4am, there was a severe fit, and from this hour to 10pm, 25 fits occurred, and 130 drops of the tincture were given in 30 drop doses” 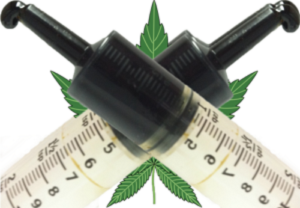 “It was now manifestly a struggle between the disease and the remedy; but at 10pm, she was again narcotised, and from that hour no fit returned”

“The child is now 17/12/1842 in the enjoyment of robust health, and has regained her natural plump and happy appearance. In reviewing this case several very remarkable circumstances present themselves. At first we find 3 drops, causing profound narcotism, subsequently we find 130 drops daily required to produce the same effect”

He was learning about how tolerance builds, hence the requirement to increase the dose (slowly).

“Should the disease ever recur, it will be a matter of much interest to notice the quantity of the tincture requisite to afford relief. The reader will remember that this infant was but 60 days old when 130 drops were given in one day, of the same preparation of which ten drops had intoxicated the student Dinonath Dhur, who took the drug for experiment”

“The preceding cases constitute an abstract of my experience on this subject, and constitute the grounds of my belief that in hemp the profession has gained an anti-convulsive remedy of the greatest value”

The Doctor explains how he prepares his preparations 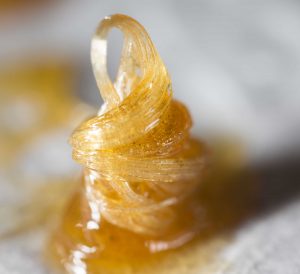 “The resinous extract is prepared by boiling the rich, adhesive tops of the dried gunjah, in spirit, until all the resin is dissolved. The tincture thus obtained is evaporated to dryness by distillation, or in a vessel placed over a pot of boiling water. The extract softens at a gentle heat, and can be made into pills without any addition”

The alcohol he used was 84.5% ethanol, he was preparing what many people today would refer to as a FECO extraction (full extract cannabis oil).

“Doses, ec.-In tetanus a drachm of the tincture is every half hour until the paroxysms cease, or catalepsy is induced”
A drachm is 1.77 grams and tetanus is also referred to as lockjaw

“In hydrophobia I would recommend the resin in soft pills, to the extent of 10 to 20 grains to be chewed by the patient, and repeated according to the effect”
10 to 20 grains is 0.65 grams to 1.3 grams, and from Dr. O’Shaughnessy’s description of the pill making process it is actually cannabis oil as we now know it, 1.3 grams is a very significant dose. Hydrophobia is a common symptom of Rabies.

“With the alcoholic extract made from the tops in the way I recommend the practitioner has only to feel his way, and increase the dose until he produces intoxication as the test of the remedy having taken effect”

“Of all powerful narcotics it is the safest to use with boldness and decision.”