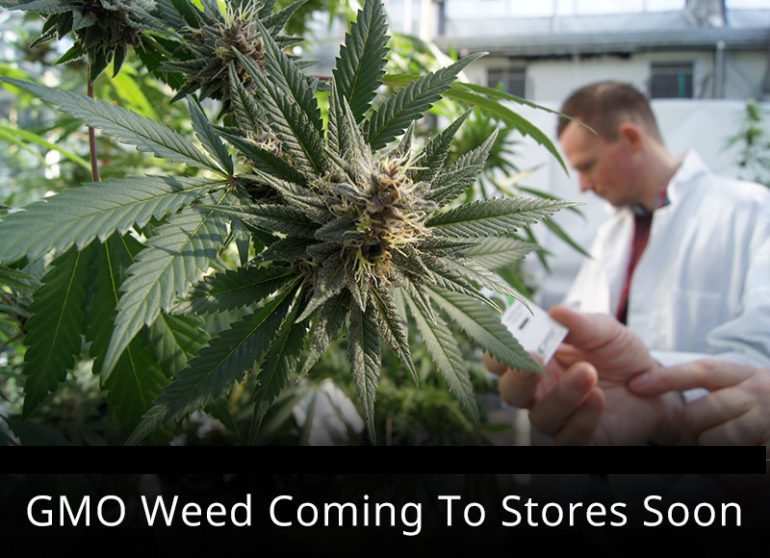 This is why we do what we do at license to grow. If you want to know what’s in your weed and how it’s made, you can get a license from use as well as a prescription so you can grow what you need all by yourself.

At the Hyasynth Biologicals laboratory in Montreal, scientists are working on the latest frontier in the cannabis business: genetically engineering the active ingredients in marijuana and then patenting them.

Hyasynth is part of a new wave of genetic engineering firms across Canada and the U.S., splicing and dicing molecules found in cannabis plants, hoping to create new recreational products and medicines to treat pain, cancers, insomnia, epilepsy and a host of other health problems.

Cannabis producers, biotech firms and drug companies, along with the law firms who represent them, say genetic engineering — a controversial technique pioneered in agriculture — will allow companies to patent genes synthesized from cannabis, potentially unlocking billions of dollars in new investment and creating jobs.

The cannabis industry is poised for a dramatic acceleration in innovation.– Analyst John Kagia

“Patenting a gene technically isn’t any different from patenting anything else,” said Erica Lowthers, a partner at Aird and McBurney, a Toronto law firm that advises cannabis companies. The process “encourages innovation” and investment by protecting intellectual property with a 20-year monopoly for new creations, she added.

Critics, however, worry patents on cannabis genes allow a small group of private companies to control the building blocks of life itself, along with concerns about possibly negative impacts of the newly created genetic material.

“Growers, farmers, breeders will become less and less relevant if these biotech companies take over the market,” he said, referring to the patenting as “bio piracy” that allows corporations to privatize material from a crop cultivated by small farmers for generations.

The process for creating genetically altered versions of the chemicals found in cannabis — known as cannabinoids — doesn’t actually involve changing the plant itself.

Instead, scientists at Hyasynth Bio genetically alter fermented yeast —  a process comparable to creating synthetic perfume from chemicals contained inside flowers — to construct copies of the DNA strands found in cannabis. The yeast acts like a small factory to produce cannabinoids in the lab.

THC and CBD are the two most famous cannabinoids, but the cannabis plant contains more than 90 different chemicals, many of which have barely been studied. Scientists can engineer the genetic material created from the yeast to exhibit specific properties — such as a medicine that is virtually pure CBD.

An observer wouldn’t find any cannabis plants or growing equipment in their facility. Instead, the company’s operations look like a cross between a traditional science lab and a “fancy” microbrewery, with large tanks containing yeast used in the genetic modification process, Chen said.

That process for producing THC, CBD and other cannabinoids in a lab is far cheaper and more efficient than growing plants, he said.

As for concerns over so-called bio piracy, Chen said it’s an “interesting question.” Patents can get companies more money to invest in new technology, he said, but there should also be space in the market for the free flow of genetic ideas around cannabis.

“In this industry, we will see both of those things.”

In Canada, higher life forms, including cannabis plants themselves, cannot be patented, said Hans Parmar, a spokesperson for Innovation, Science and Economic Development Canada, the federal department working on the cannabis file.

“Transgenic” organisms contain genetic material from an unrelated life form that has been artificially inserted into their DNA.

Companies have already obtained patents for a transgenic cannabis plant that enhances seed yields and growth and a transgenic hemp plan that’s more salt tolerant, according to government data provided to CBC News.

Other patents are pending for new genetic alterations to cannabis, including:

“We have seen so much activity in the past year,” Micheline Gravelle, a managing partner with Bereskin & Parr LLP, a Toronto law firm working on cannabis, said of the moves to patent cannabis genes and related technology.

She estimates requests from cannabis clients seeking advice on intellectual property have doubled in the past 12 months.

As genetic modification in the Canadian cannabis industry is still new, a market leader hasn’t yet been established, according to New Frontier Data, a U.S.-based cannabis research firm.

“Many of these companies remain quite young, and their portfolio of IP [intellectual property] assets remains low,” said John Kagia, a market analyst with New Frontier.

So far, pharmaceutical companies and biochemical companies hold most Canadian cannabis patents, he said, although many of these are for technical processes for extracting and processing the chemicals in cannabis, rather than for specific genes.

Because cannabis has been illicit for so long, companies hadn’t actively been pursuing intellectual property claims in the sector, he said, although the race is now rapidly intensifying today.

“The cannabis industry is poised for a dramatic acceleration in innovation and technology-based advancement to make the industry more efficient, transparent and meeting the client needs,” he said. “The companies that establish the most robust IP will be best positioned to compete in the hyper-competitive environment.”

Cronos Group, another Canadian cannabis company, signed a $122 million deal with Boston-based Ginko Bioworks Inc. last month to genetically engineer the active compounds or cannabinoids found in the cannabis plant, in a yeast-based process similar to what Hyasynth is using.

“Together we revolutionize the cannabis industry,” Cronos Group’s chief executive Mike Gorenstein said in a statement.

Other cannabis companies aren’t so keen on the genetic engineering revolution. Bruce Linton, chief executive of Canopy Growth, one of Canada’s largest cannabis firms, told CBC his company has meet with half a dozen biotech experts who pitched them on genetic modification, but Canopy has stayed away from the technology.

“People trust the plant as a source,” he said, while they might not be as comfortable with a product originating in a lab with genetically modified yeast.

Other cannabis companies aren’t so keen on the genetic engineering revolution. Bruce Linton, chief executive of Canopy Growth, one of Canada’s largest cannabis firms, told CBC his company has meet with half a dozen biotech experts who pitched them on genetic modification, but Canopy has stayed away from the technology.

“People trust the plant as a source,” he said, while they might not be as comfortable with a product originating in a lab with genetically modified yeast.

Canopy is still interested in isolating particular cannabinoids from the cannabis plant in order to make new medicines to combat problems like insomnia, and other products like cannabis-infused drinks, Linton said.

But the firm is searching for those molecules through traditional plant breeding, rather than cultivating cannabinoids in a lab with genetically modified yeast.

Valued at more than $12 billion, Canopy is part of the new wave of cannabis giants, a far cry from the hippies and “anti-corporate types” with whom the crop was long associated, Thomas from the ETC Group said.

“This [genetic modification] technology is going to speed up the transfer to a very corporate controlled industry,” Thomas said.

“Cannabis is going to be like any other commodity controlled by large technology players and agribusiness. It’s where this is headed.”