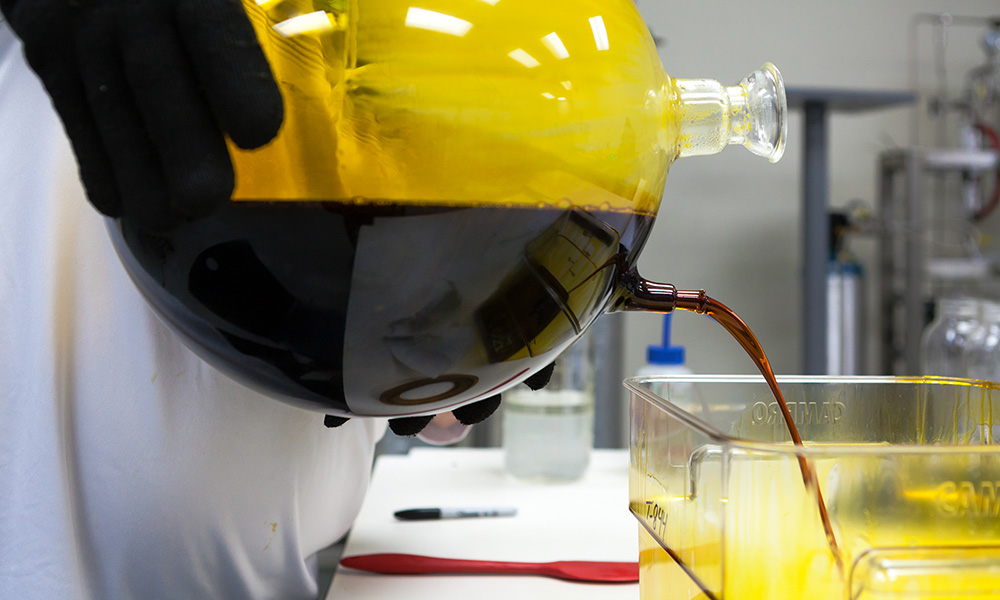 Cannabis oil has become increasingly popular over the past several years as more cannabis consumers, especially those on a quest for the plant’s medicinal benefits, search for healthier ways to consume the herb without smoking it. Patients searching for the trapdoor out from under conditions like chronic pain and anxiety report having more effective results from the use of these kinds of products than other consumption methods. Extracts make it easier for both doctors and patients to control dosage, and they’re more convenient for those patients to consume at work — or in other situations where whipping out a joint would surely be frowned upon.

In Canada, the cannabis extraction market now outpaces dried flower by 56 percent, according to the latest statistics provided by Health Canada. But there is some evidence that the extracts being sold in the northern nation are the equivalent of a “placebo,” according to a recent report from VICE. If this is true, it means some Canadian patients have been spending hundreds of dollars a month on fake medical marijuana.

Ontario-based biopharmaceutical company Scientus Pharma commissioned a study of Canadian cannabis oils through the Toronto General Hospital Research Institute, the goal of which is to show that most of the cannabis oils being sold on the Canadian market essentially have no medicinal juice.

“[Patients] are paying $300 to $500 a month for that product and it’s not doing anything for them,” Har Grover, chairman and CEO of Scientus Pharma, told VICE.

So far, the study has found that the majority of these products are tantamount to snake oil. Products claiming to have 100 percent potency really only have around 20 percent active THC, according to the report. The situation with CBD oil was even worse. Some CBD products claiming to 100 percent potency contained no active part of what some consider the most therapeutic compound.

This means Canadian medical marijuana patients are mostly getting their hands on extracts with “80 percent inactive substance,” Lakshmi Kotra, a senior scientist at Toronto General Hospital Research Institute, told Vice. “We have reasonable doubt to say that what’s reported on the label may not match what’s inside the bottle,” Kotra added.

Scientus Pharma also (conveniently, it seems) has plans to remedy this problem with a new line of cannabis oils and gel capsules, soon-to-be distributed in the medical marijuana market. The company argues that the method most licensed producers use to decarboxylate (the process of activating the THC and other compounds) has led to inconsistencies in these kinds of products, which makes it probable that the consumer is not getting the potency printed on the label. Scientus Pharma’s new product line, on the other hand, will utilize a newly patented extraction process that it believes is going to revolutionize the world of cannabis medicine. The company claims it can achieve 99.9 percent decarboxylate in every batch.

A representative from Health Canada, the agency responsible for overseeing the country’s medical marijuana program, told VICE that cannabis extracts are “subject to some of the most stringent requirements in the world.” The problem, they countered, is that licensed producers are responsible for their own testing, either in-house or through a third party source. This leaves plenty of room for discrepancies to emerge.

Nevertheless, the Canadian cannabis industry is skeptical about the study’s claims, attributing the research and its subsequent release to “corporate strategy.” They argued that although THC and CBD levels can fluctuate from time to time depending on the source, what is printed on the labels is accurate. Some believe the discrepancies are likely due to human error and not direct evidence that the medical marijuana being sold in Canada is an outright sham.

But no one in the industry is going to admit that they are providing patients with cannabis that has little to no strength, especially considering that hundreds of thousands of patients claim to receive immense therapeutic benefits from these extracts. But the Scientus Pharma research suggests — dare we say — that the placebo effect is in full swing in the northern nation. What a kick in the pants it would be to learn, after all these years, that Canada’s medical marijuana sector is just now on the verge of producing effective cannabis extracts.

For what it’s worth, patient advocate Tracey Curley told VICE that the word on the street is the Scientus Pharma study is on the money.

“I’ve certainly heard of a discrepancy in dosage depending on what product client is using even though the label says that they are very similar,” she said to the news source.