Kitchener Man Describes Benefits of Home Growing Your Own Cannabis 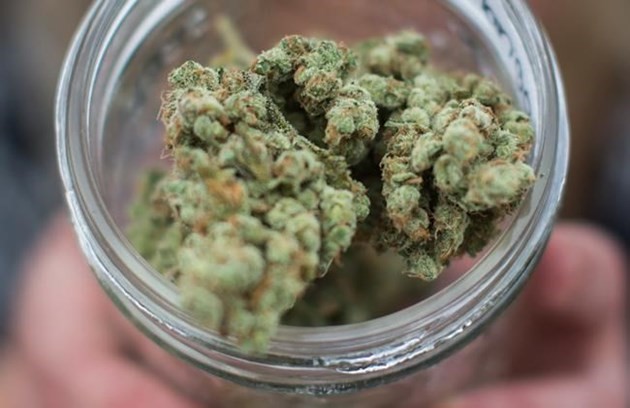 It won’t be until January 14 that city councillors will make a decision on local pot shops in Kitchener, Waterloo, and Cambridge. But one local man says one thing is clear, there is a strong demand for pot and some are even turning to home growing as a solution.

Mike Murray is a Kitchener man who uses cannabis both medically, and recreationally. He told Kitchener Today with Brian Bourke on 570 NEWS he had signed onto a mailing list with U-Bud Cannabis Services pre-legalization and was lucky to have won their free pot growing set-up giveaways.

“They come in, they do the set up, they give you a bunch of paperwork, a bunch of jars, a bunch of weird black plastic things, mesh netting … They set up your lights, your fan, your timer, your bar, your power one socket.”

He compared it to growing tomatoes.

Murray says growing allowed him a cheaper alternative to buying from online retailers.

Edibles are still not being sold right now, but you are able to make your own. He says growing his own plants allowed him better access for his cooking, describing infused meals as “quite a blessing.”

“I would probably put oils in anything. I put them in different baked goods that I like, gummies is something that my significant other uses, she’s also a medical patient.”

Most of all, Murray says the act of growing your own plant or plants is a rewarding experience.

“You get kind of invested in it if you have the time, and it really doesn’t take that much time either. I’ve seen other people invest very little time, a couple hours a day, or a couple hours a week.”

A Message From License To Grow

Growing your own pot is the best way to know what’s in it. Government weed, and big pharma weed is just not attractive to people, which is why it’s key to learn how to grow your own. We can connect you with doctors who will prescribe you what you need, so you can grow as much as required, legally.