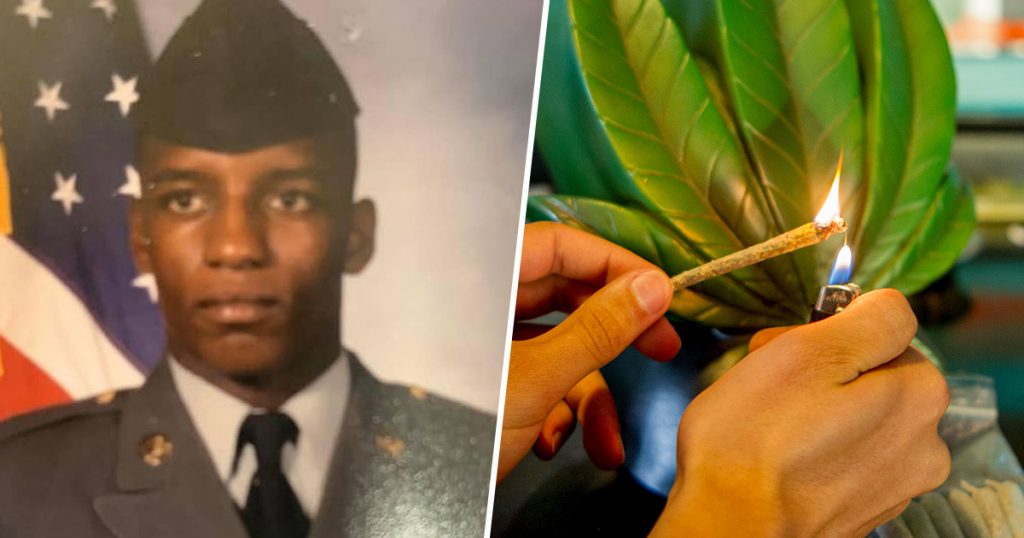 Why was marijuana ever illegal, yet substances like tobacco and alcohol completely legal? We’ve been told for years that it’s because marijuana is dangerous, obviously that could not be further from the truth, as today we now know it has a tremendous amount of medical applications. Regardless of what you think, it’s quite clear that it should never have been illegal, and furthermore, people who are in jail for selling or using it should be freed. There are tremendous amounts of efforts underway to see that this happens across North America at least.

The latest example is Derek Harris, who gave an undercover agent who knocked on his door in 2008 lest than one gram of marijuana, and pocketed $30 in return.

Four years later, he was found guilty for marijuana distribution and was sentenced to life in prison, without parole

Harris’ did have prior convictions dating back 17 years before the pot bust, and a conviction for dealing cocaine, according to court filings. He was convicted of simple robbery in 1993 and again in 1994. Three years before the ill-fated marijuana sale, in 2005, Harris was convicted again, on a charge of theft under $500. Still, life in prison doesn’t really seem like an appropriate sentence here, and it doesn’t come close to providing any type of ‘rehabilitation.’

The good news is he is about to be released. As CNN reports, where you can read more on the story:

Prosecutors in Vermilion Parish agreed to release Harris from prison after the Louisiana Supreme Court granted him a new hearing last month, said his lawyer Cormac Boyle.
The Louisiana Supreme Court agreed with Harris’ argument claiming he had “ineffective assistance of counsel at sentencing on post-conviction review.” The matter was sent back to the trial court for an evidentiary writ.

The District Attorney’s office agreed that Harris “received ineffective assistance at sentencing and was entitled to a lesser sentence,” Boyle said in a statement.
He also noted that Harris had a substance abuse problem that started when he returned from Desert Storm, a US military operation during the Gulf War launched in response to Iraq’s invasion of Kuwait in 1990.
“His prior offenses were nonviolent and related to his untreated dependency on drugs,” Louisiana Supreme Court Justice John Weimer wrote in his opinion.