Homegrown Herb Is Legal: Here’s Are Instructions On How You Can Get Started

Cannabis rights activist Jodie Emery says before recreational weed was made legal in Canada last October there was “a code” at gardening stores for those looking for supplies who wanted to grow pot at home.

“They just referred to it as tomatoes but (gardening store employees) typically understood that people were referring to cannabis,” said Emery, on the phone from Vancouver.

“But now that it’s legal and the stigma is dropping around it people are asking more openly. I think more people are interested in it. There’s definitely a resurgence in grow-your-own kits.”

Under the federal legislation, four plants per household are allowed in Ontario for recreational personal use — it differs from province to province — and if you’re renting or own a condo or apartment, only if your building owner or strata, respectively, allows it.

“Also in some provinces like British Columbia, if you grow your legal plants on your patio of a home that you own, if somebody can see it from the neighbour’s house or street, you can get a fine of $5,000 and three months in jail,” said Emery.

“So there’s still a lot of prohibitions around the legal plants you’re allowed to grow. I call it state legalization or the new prohibition ‘cause the governments at all levels are trying to restrict it from being seen or advertised or available so there’s a stigma being put on cannabis. They’re still demonizing it.”

One person who has no shame about growing at her Toronto home since 2013 is Lisa Campbell, whose medical marijuana licence allowed her to grow up to ten plants for her own use or buy from the government.

“The healthier options for patients at the time was to grow your own,” said Campbell.

“You can transform that product into whatever you want,” she said. “So you could dry the buds. You could juice the leaves. I had one friend who created cannabis cream out of the roots. So we used also every single part of the plant.”

Campbell, as you may have guessed, isn’t your typical home grower. 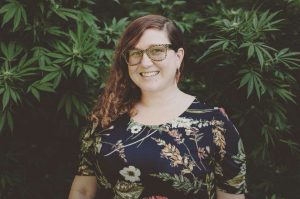 She’s also the founder-CEO of the year-old Lifford Cannabis Solutions — a subsidiary of her family-owned Lifford Wine & Spirits — which provides sales and marketing to licensed cannabis producers across Canada.

“It definitely is a challenge (to grow it at home),” says Campbell. “It requires a lot of information. There’s a lot of really great books and resources online where people can learn about growing your own and a lot of videos on YouTube.”

“Because Canada has had a medical marijuana program since 2001, some of the top growers in the world have come out of that program and they really are experts and they’ve shared so much of their knowledge online,” she added.

Campbell fully expects that come April — also known as cannabis month for the pot community — there will be an increase in trying to grow recreational weed at home alongside the emergence of bricks and mortar retail stores.

“I know in the most recent product calls (by the OCS), they included grow tents, grow lights, seeds, etc.,” she said. “I do think that come April when it’s ‘4/20 season,’ you will be able to purchase the things that you need from the government to start your garden.”

HOW TO GROW YOUR OWN:

The first thing recreational pot growers at home will need is seeds.

Four feminized seeds will cost you $60 and you can grow sprouts by leaving them in wet paper towel overnight, then figure out how and where you’re going to plant them.

There are grow-your-own kits you can order online, along with elaborate printed or video instructions, or just head to your local gardening shop for supplies and help.

Essentially, you’ll need light (12 hours daily), soil for planters or soil-less for hydroponics, air (so a fan for indoors), water, heat (27C is ideal), and nutrients.

“I would say for new growers, outdoor is the best,” Lifford Cannabis Solutions founder-CEO Lisa Campbell said, pointing out there’s no need for the lighting, fans or heaters that growing indoors requires.

“For outdoors it’s good to start your plants indoors first,” she said. “So even before you plant your plants outside, I like my plants to be definitely over a metre tall.”

For Ontario growers, Campbell recommends prepping plants indoors in March or April and then planting them outdoors  by late May for an October harvest.