How Governments Have Made a Mess of Pot Legalization

Once all the various levels of government have finished blaming one another for the stalled launch of legal cannabis, here’s what’s left:

1) Many disgruntled vets of the illegal industry who have been shut out by a greedy government.

According to a recent article in the Washington Post, a poll done at the end of 2018 showed that one-third of cannabis users in Canada were still buying from an illegal dealer.

The same article has specialists suggesting that the government’s need to control everything can only have bad results. Why exclude small growers and people who’ve worked in the black market industry for years when officials could have used their experience, their expertise … and their cannabis supply?

Brock University’s Dan Malleck, an expert in drug and alcohol regulation, says the government “should have created a mechanism that allowed illegal producers to move quickly into the legal producing system.”

All that illicit herb would have come with them. That would have helped any cannabis shortage.

As for the ongoing police raids and crackdowns, those are pointless. Mark Kleiman, an New York University professor and expert on cannabis legalization, tells the Washington Post you can’t drive out the shadow industry until “legal supplies match market demand.”

And that’s a long way off. Speculation is 18 months to two years before there’s enough legal pot to go around.

That’s why Toronto will only get five new legal shops courtesy the bizarre and Kafkaesque provincial lottery. According to the Alcohol and Gaming Commission website, the numbers are just a temporary cap “while cannabis supply stabilizes.”

So what about this much publicized cannabis shortage?

Various bureaucratic bottlenecks have gummed up the works. For example, independent, third-party testing for cannabis quality is a good idea — but there aren’t enough labs to do that testing quickly enough. Product gets stalled.

All the government checks and balances have created a delay.

Another story is that licensed producers are very busy getting very rich selling cannabis to other countries. Why bother to fill Canadian government shops when there’s so much more money to be made elsewhere?

According to equity.guru, Canadians can sell medical cannabis for $10.50 a gram to Germany — the same product that sells for $3 to $4 to a provincial distribution centre in Canada.

Anyone can do that math.

Medical marijuana users will be the big losers in the “pot shortage.”

The recreational market involves more money and less hassle and has the potential to drain the medical market. Says one insider: “Cannabis patients are a lot more trouble and effort than recreational users who just want to get high.”

For starters, you can legally only get medical marijuana online. And when you do, you don’t speak to a medical person. You speak to a customer service rep at one of the big cannabis companies.

“Just as if you were buying a lamp,” quips Lewin. “You should be speaking to a pharmacist who can make suggestions or discuss contraindications.”

Then there’s all the waiting. Someone who uses cannabis on an as-needs basis could place an order and then wait days for it to come in the mail, says Lewin.

“And you have to be waiting at home to receive it when it arrives. And what if you live in a shared facility? Why don’t they have pharmacies handling this? The medical side is an absolute failure.” 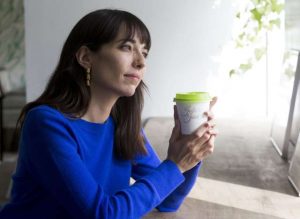 Emery is one of many voices claiming that there is no shortage of cannabis in Canada. She’s closed her shops in Vancouver and laid off 50 people, because B.C. is shutting all the dispensaries— even though legal product is scarce and no oils or edibles are available from the government.

After years of fighting for legalization, Emery says she and her husband Marc did not have great expectations.

“We knew government would mess up legalization, but we had no idea how badly they would mess it up.”

It’s as if it were intentional …

“It starts to feel as if it’s all by design. People say the government is making mistakes, but I don’t think so,” she adds. “It’s more like they’re making sure the cannabis criminalization business — police, politicians and everyone involved in cracking down on cannabis — get more money, more laws, more power to go after people. It continues to reward and benefit the prohibitionists and the criminalization regime. And it continues to reward the big business operations who are friends with the government.

“And it continues to punish the activist and the prohibition victims and everyone else who thought they’d have some liberation under legalization.”

Pot dispensaries are being closed down in Vancouver even as the city embarks on a pilot project to give hydromorphone to opioid addicts. It’s an overdose prevention strategy.

As Emery points out, there are umpteen medical studies proving cannabis is an effective tool in ameliorating withdrawal and decreasing relapse likelihood for opioid addicts in treatment.

“I’m all for harm reduction,” says Emery, “but it’s insane that the city will allow people to access hard drugs that kill, but refuse to let us have the safe alternative.”

She doubts government will ever admit they blundered because people might wonder what else the government got wrong.

“And that’s what government fears the most! It’s not even about cannabis, it’s about questioning authority. Going back to the ‘60s, and the original Nixon crackdown, it’s all because cannabis itself encourages people to question authority.”